How Hard is Wrestling? | Simply Explained

Wrestling is known as one of the hardest sports on earth. In this page we will cover just how hard wrestling is and what makes it so tough. Wrestling is one of the toughest sports on the planet due to how grueling it is physically & mentally. Unlike other sports, wrestlers will use all of the major muscles in their bodies at all times. The goal of wrestling is to pin their opponent on their back, where their shoulder blades touch the ground for 2 consecutive seconds. Additionally, it is rare that wrestlers only wrestle for 1 match in a day. It's actually common to wrestle multiple matches every time that there's a competition.

Unlike other sports where players will face off one time for several hours and then go home, Wrestling matches are often tournament styles. If you've ever wrestled a single match where both opponents are going all out, you know first-hand how exhausting it can be.

Having to do that multiple times in a single day when your muscles are already fatigued, will take great amounts of mental toughness to overcome.

In single elimination, if you lose once, you are out, and if you win you keep climbing the ladder until there's a 'Final Winner'. 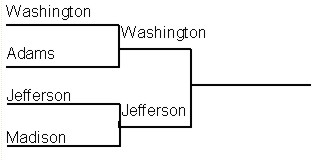 In double elimination, if you lose, you are then sent to the consolation ladder, and if you lose again, then you'll be out. You must lose two times to be eliminated.

However, you can win and get as high as 3rd place in the tournament. 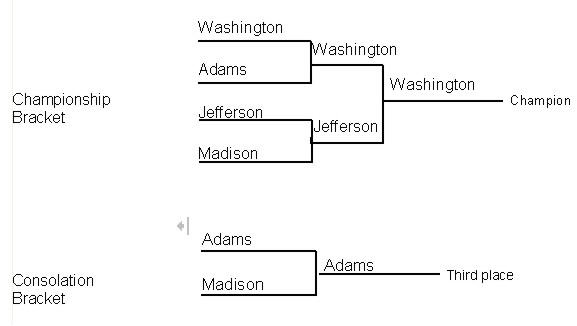 What Happens in Wrestling Class

15 minute warm up consisting of jogging, dynamic stretching, and drilling against air.

10 minute guided technique drill where the coach will demonstrate a specific technique that he would like everyone to work on, and then the wrestlers will implement it.

35 minute open drilling where wrestlers will work on a variety of moves with their partner. As their body warms up, they'll increase in intensity, and by the end of the 35 minutes it will almost be live wrestling.

15-20 mins of live wrestling, a timer indicates the end of a match, and then the wrestlers will rotate partners.

Lastly the class will finish off with cardio including rapid fire calisthenics, push ups, sit ups, and sprints.